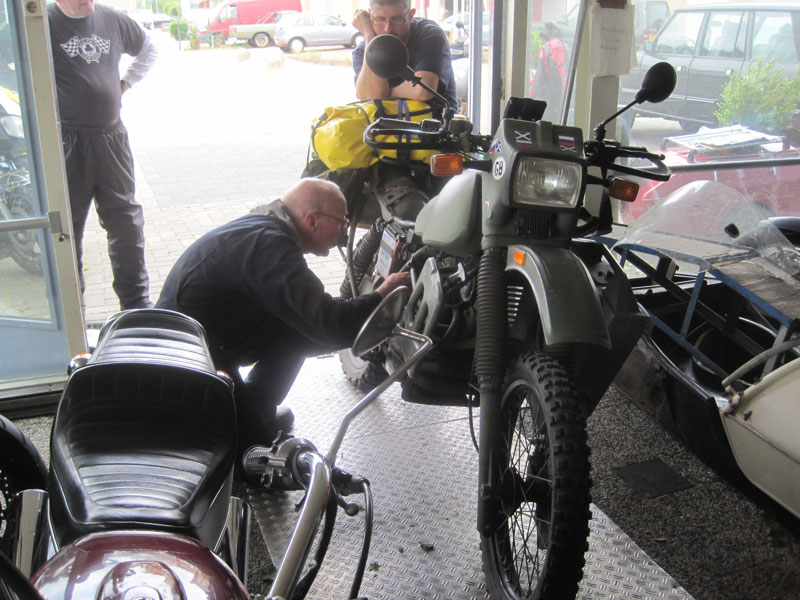 Saturday morning in Arnhem and JP was distinctly uneasy about his bike. Since the carb hose change yesterday, it was running rough at urban speeds and the choke didnt seem to be helping.  Bemused motorcycle shop owner, , studied the MT 350. Harley Davidson? What the hell is this?!

Rimus, in fact, turned out to be an extremely affable and helpful chap. His shop was full of relics of bygone motorcycle glory: mostly dust-covered and almost certainly non-runners. But he offered us hospitality in the form of a flask of instant coffee or exotic fruit juice, while he and JP checked out the previous days repairs.  In the end, however, Rimus declared that he couldnt see any obvious faults and didnt know what was wrong. Will the bike make it to Moscow?, asked John. No!, said Rimus seriously. John looked worried. Then Rimus laughed 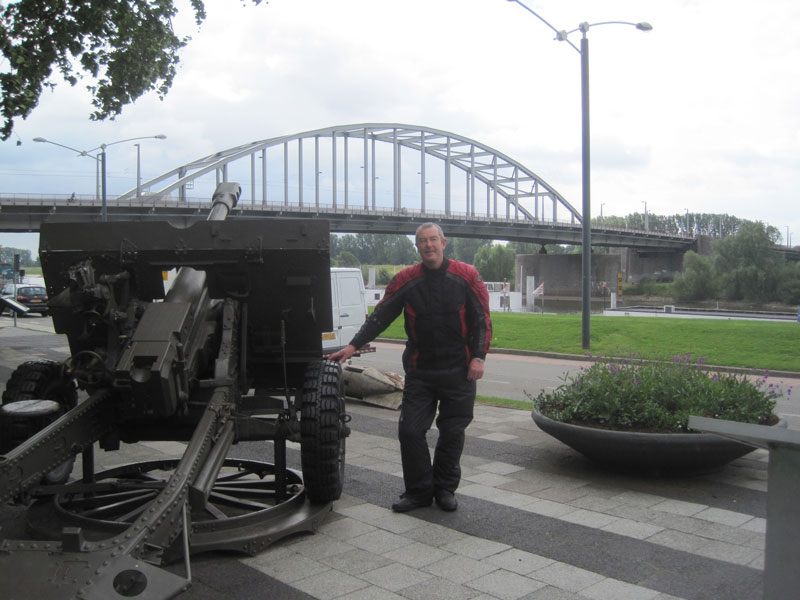 We had to abandon the idea of visiting the Airborne Museum, but we took some photos at the John Frost Bridge before carrying on. With our late start, we stopped short of Hannover on Saturday night, and found a campsite near Detmold in pretty Lemgo.

I cannot remember at what point it started raining on Sunday morning, but it certainly dampened everyones spirits. Everything seemed hopeless. We searched fruitlessly for lunch and a wi-fi hotspot in Braunschweig, before eventually opting for a Subway sandwich in desperation.  JP began to question whether the MT350 was really up to the trip. Despite the rain, it operated fine at 60 mph on the autobahn, but started to cough and splutter as soon as he decelerated. There was clearly some sort of fuel issue. 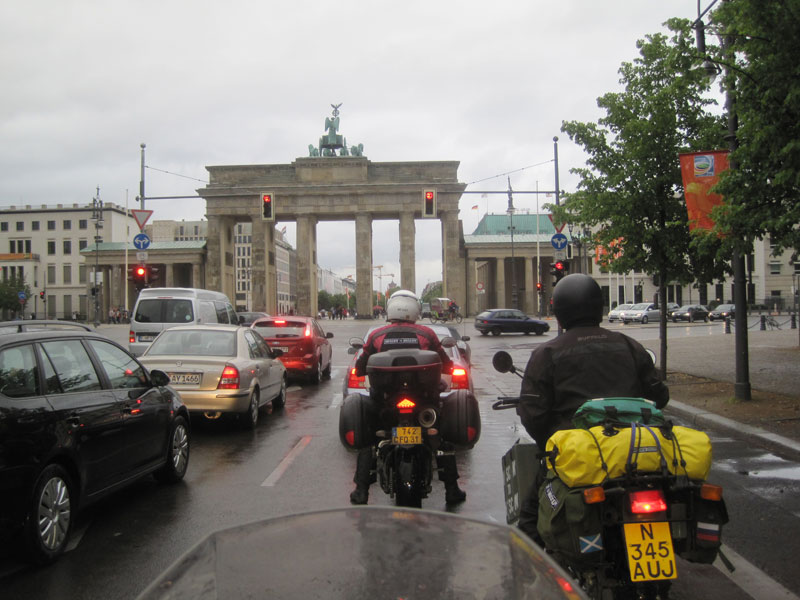 We needed to be out of the wet and texted Robin Jeffery to find us some cheap accommodation in Berlin. What he found was a 4-star hotel in the Eastern sector for 32 per room. The world looked a much kinder place after a hot shower and a beer.

Today we took Johns ailing bike to Harley Davidson Berlin, where it became the focus of much curiosity. Unsurprisingly, they wouldnt let JP use their workshop to work on his own bike, but the Service Manager did helpfully suggest that he use the pavement outside …

The two Johns duly stripped down the whole choke and carburettor system, while I fetched tools and coffee. The whole process took about two and a half hours. No specific problems came to light. The choke cable was undamaged. Even so, having cleaned and tightened everything while putting it all back together, the bike did seem to be running more smoothly. The sun came out and we were in much better spirits after a late lunch at the Las Malvinas Steakhouse.

It wasnt the day we had planned. But it was a good one nevertheless.