Doesnt time fly, when youre having fun.  After all the excitement of the last few days, we were quite glad to get on the ferry and start the trip proper.

After a day of R&R including lunch at Loch Fyne, we took a couple of days to journey back south from Scotland. It had been our intention to stop by a few well-known biker haunts and rattle collection tins but we found ourselves short of time and there were more urgent matters to attend to. JRs bike had apparently sprung an oil leak, and JP needed to get his looked over by Force Motorcycles in Burton on Trent before leaving the country. After our nights camping in Buxton, I also realised that I needed to shed some excess baggage. It was a shame we were in such a hurry, as the North of England was beautiful in passing and John (JR) and I would have liked to spend a little more time there. Ah well, theres always the return trip. 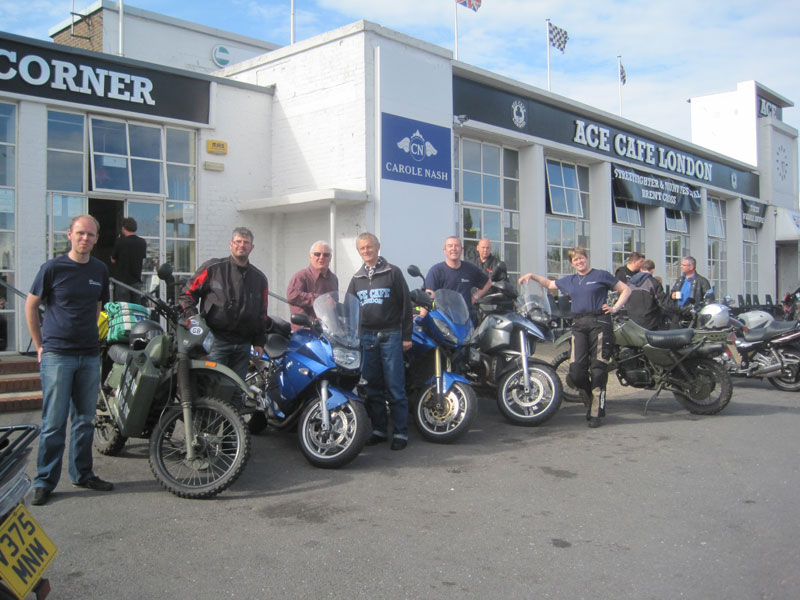 JP had his cam belt changed and Force mended his centre stand. JRs oil leak turned out to be a misbehaving Scottoiler, rather than any mechanical problem with the bike. So, reassured and repacked, we hit the Ace Café on Thursday evening. Particular thanks must go to Elvis and to ex-GP racer and Stoke Mandeville patient, Phil Armes, and to our friends and supporters who came along to see us on our way.  Once again, JPs MT350 was a star attraction  only this time he was joined by four other owners with their bikes, including a 500cc Armstrong version with a (frankly, terrifying) top speed of 95mph! And we mustnt forget eccentric Ace Café owner, Mark Wilsmore, who managed to find a few words in support of our cause  I think?!

We spent a cheap but comfortable Thursday night at the Palace Farm Hostel, in Doddington, Kent, and completed the last 50-odd miles to Dover on Friday morning. A minor Satnav comedy had us all arriving separately at the Check-in desk,  after Garmin directed JR onto the M2, London-bound, despite clear road signage clearly signalling Dover A2! Not a huge fan of Garmin, I took off down the A2, while the two Johns did a circuit of the roundabout to confirm their suspicions about the GPS error. All would have been well, had I not mistaken the Canterbury slip road for a lay-by and ended up trapped on the wrong road with no entry back onto the A2. 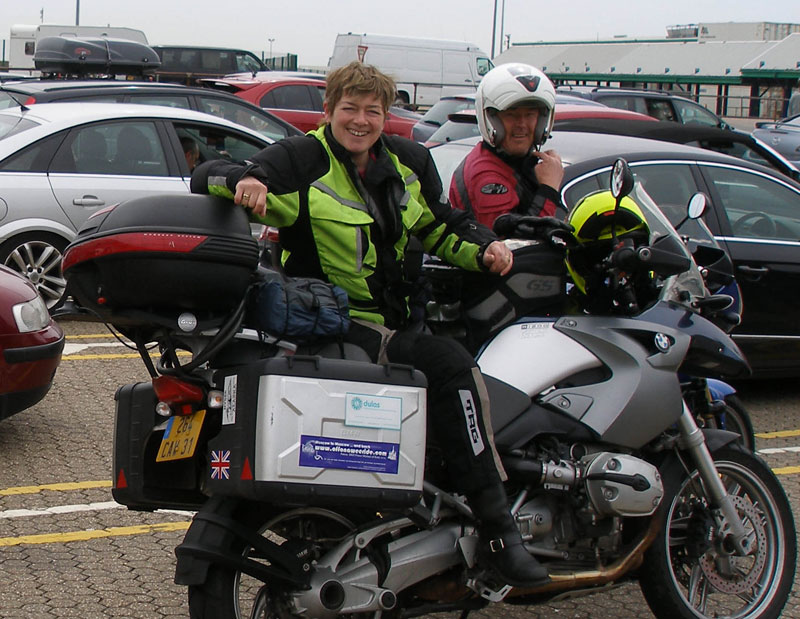 By the time we landed in Dunkerque, it was raining. JR and I had to raid a local bank for Euro currency and it was decided that JP, on his slower MT350, should try to get ahead. We took nearly an hour with our foreign currency transaction but, even so, were surprised to get to the Dutch border at Breda without apparently passing JP. As it turned out, he had had a problem with a carb hose, requiring a two-hour repair stop just 30km outside Dunkerque. By the time we had pitched our tents in the Arnhem campsite, it was nearly 10.30pm and most eateries were closed. We did, however, manage to find a tasty schnitzel and a can of beer at an all-night snack bar in Oosterbeek.