JR was still under the weather in the morning. John Plumb called round to give us some useful pointers for places to see and things to do, then went off to track down the local Harley dealership. JR slept until lunchtime and I used the time to do some washing and catch up with some non-ride-related admin.

Feeling slightly refreshed, we headed out into the sunshine and booked a tour of Auschwitz for later 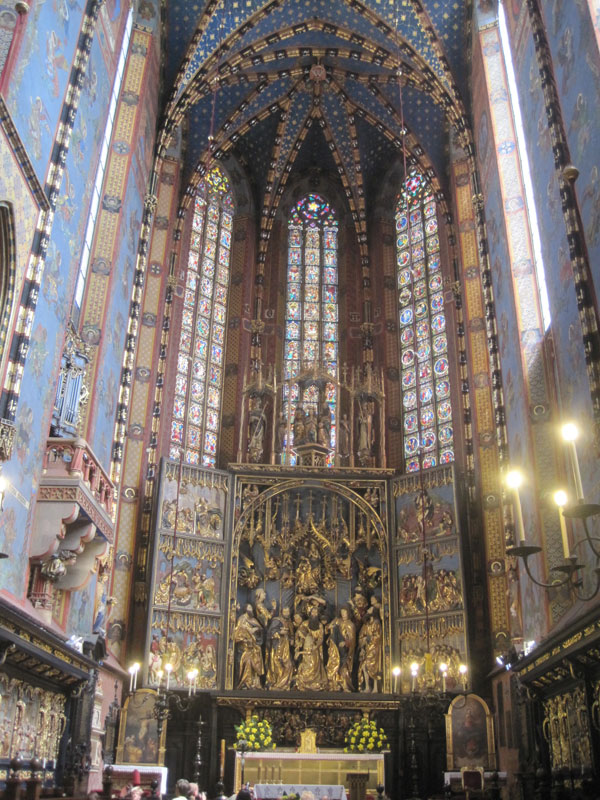 in the afternoon. Then the two of us took a gentle stroll around Krakows lovely historical Old Town. Hearing the hourly bugle call from St. Marys Basilica, we were reminded of Johns recommendation to see the famous , one of the worlds greatest Gothic sculptures. The Basilica is well worth the entry fee. Having taken a few photographs of the Altar and the equally impressive stone Crucifix, we sat quietly for a few minutes to admire the Cathedrals magnificent ceilings and painted decorations. Then we did some window shopping in the old Cloth Market, climbed the Town Hall Tower, and bought ourselves a picnic to eat on the tour bus. 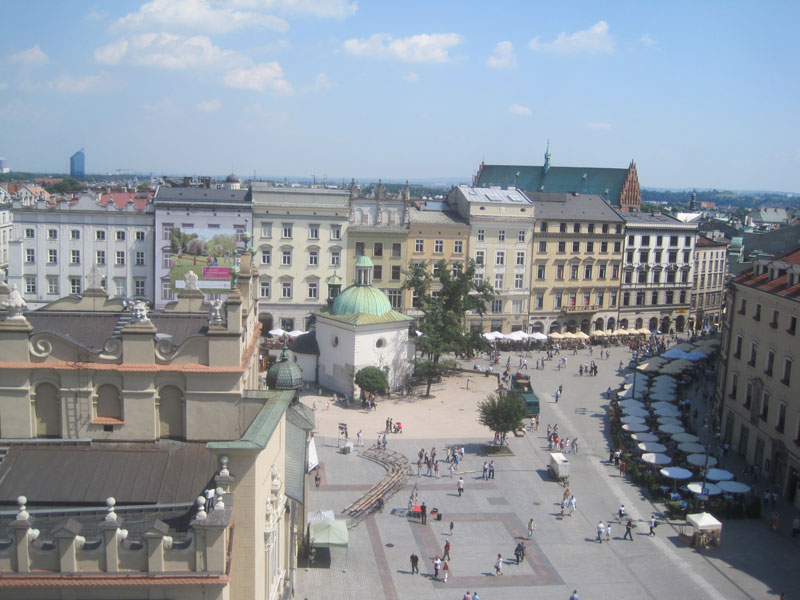 We couldnt have come to Krakow and not have visited Auschwitz Birkenau. It makes for a harrowing pilgrimage, somehow far more gruesome and upsetting than any television programme or film on the subject. But to go away without bearing witness to the sickening cruelty employed by the SS to systematically exterminate millions of 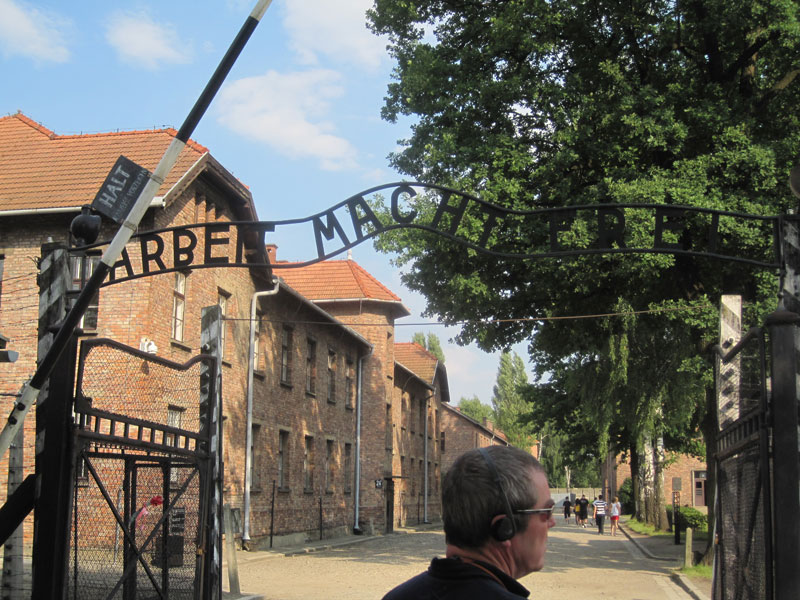 fellow humans, would be a crime in itself. JR and I spent about two hours touring the two sites, during which we barely exchanged a word.

It was no surprise that we had no appetite for dinner when we got back to Krakow.

Wednesdays rain had provided us with a welcome break, but had also put us a day behind schedule, meaning that we would have to skip Prague and make up the mileage elsewhere. I had promised Poppa Guttman Trust Trustee, Philip Lewis, that we would take pictures in Guttmanns birth town, Toszec (formerly Tost), and also at the hospital that now occupies the site of the Jewish Hospital in Wroclaw (formerly Breslau), on our way through. We had been due to stay in Wroclaw, but circumstances now meant that we needed to pick a stop point closer to the German border. Nevetheless, both places were on our route, within easy reach of the E40 which, west of Krakow, is now all motorway. Unfortunately, for JP, this would have meant an exceptionally tedious and tiring ride with his top speed of around 60mph. Instead, we agreed to take care of the photo-shoot, allowing JP to ride on at a more relaxed pace on minor roads.

Having no address for Guttmanns childhood home, we only needed general photos. Rather optimistically, JR did approach a couple of teenage boys to ask if they knew anything about Poppa Guttmann or the Guttmann family. The boys English was limited but it was apparent that they had never heard of the towns most celebrated son. I took some pictures in the square and was about to move on, when one of the boys caught up with us to ask if we had seen the Castle. A castle? In this small town? Oh yes, he said proudly, just up the street over there. Now, Poppa Guttmann came from a modest Orthodox Jewish family and left Tost when he was three years old, but a castle is a castle, so we took some photos anyway.

The Jewish Hospital was demolished after the war and rebuilt. It is now an orthopaedic hospital, but is currently undergoing some sort of administrative changes and appears a little run down. We located it easily enough using GPS and were fortunate to find an English-speaking patient leaving the building just as we arrived. Luckily, she was able to explain our mission and the reason for the photographs. No-one present remembered the Jewish Hospital and all were quite bemused to be told of Poppa Guttmanns work there and his link t 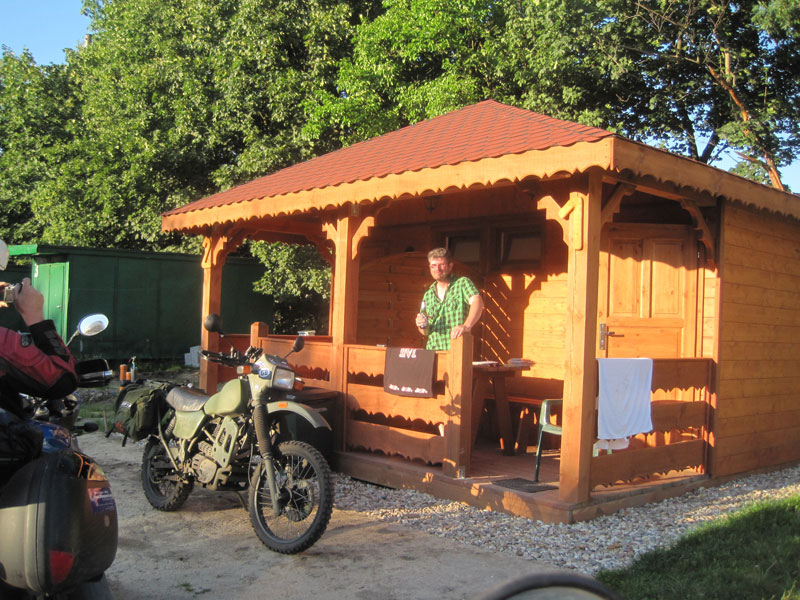 JP had booked into a campsite in Zgorzelec but, most unusually for him, had been tempted by the relative luxury of a newly-built cabin with ensuite facilities. When we caught him up, we found him ensconced with his log book on his veranda, beer in hand, looking very pleased with life. There were only two of these new cabins on site. Happily, John had persuaded the manager to reserve the next door cabin for us